HOW MANY ORGANIZATIONS DO WE NEED?

I had my new TJ Jeep hung up and somewhat wounded in a “crack” in Moab not too long ago, about to get out the duct tape and bailing wire, when a couple dirt bikers came by.  They saw my dilemma (mechanically disadvantaged that I can be at times) and stopped their bikes to watch the show.   I was grunting and moaning and shaking my head like a guy who must know what he’s doing.  They smiled, pulled off their helmets, and settled in for a long show. 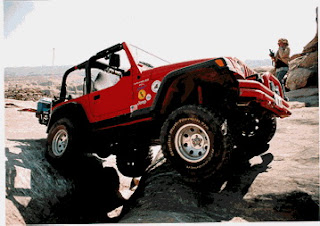 Well, the gist of it is, they were not only mechanically knowledgeable, but also very helpful.  I gave up on the duct tape and got out the Hi-Lift jack.  Between the jack, a few tools I had, the trusty winch on the front of “C UN RD” (Seeing Red), and the three of us, we got the Jeep out in no time and back on the trail.

As we stood around and celebrated our engineering feat, I told them how much I appreciated their stopping to help.  I don’t remember the guy’s name, but he did have an AMA (American Motorcycle Association) sticker on his bike.  But his comment to me has stuck with me (get it, stuck?) until this day.  He said: “Hey, pard, all trail users gotta stick together!”  Boy, ain’t that the truth?

Well, sticking together means more than just helping each other out on the trail.  We’ve got to band together politically as well in order to keep our trails open for all to use.  The importance of this cannot be over-stated.  All motorized users need to come to the realization that the only cure to resisting the current trend to close everything, is to band together in a unified multiple use voice.

When the radical enviro-protectionists say they want public land closed to motorized use, they aren’t just talking about four wheelers.  In fact, if it’s got a motor or a mechanized way of motating (like a mountain bike), they want it OFF of public lands.  Heck, this even applies to quiet forms of transportation like horses in some areas.  In other words, if you’re not doing it on foot, some folks would just as soon have you not do it!

So what’s the solution?  Well, in my opinion, it means dirt bikers, four wheelers, snowmobilers, ATVers, equestrians, and anyone else who wants public lands open to their recreation (and their children) MUST come together to the same table. 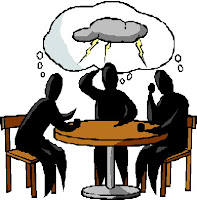 Yes, you’re saying, the Blue Ribbon Coalition is just such a group.  And BRC does one heck of a great job of being political activists on a national level.  They are one organization I think we should all belong too because they are activists for multiple use.  We also have many fine, and very effective national/regional/state organizations fighting similar battles.  But until now, no such group existed that brings us all together at the leadership level just to share information, set common strategies, identify common battles, and unify our efforts back within our parent organizations.  I say no such group; because this group I’m talking about has no dues, no structure, and no members.

NAMRC, the North American Motorized Recreation Council is just such a group.  It is a coalition of national leaders who come together like Knights of the Round Table, to share, inform, exchange ideas, develop strategies to common problems and unify the efforts of all motorized recreation.  At first, NAMRC was four-wheel drive oriented, with leaders from all over the nation gathering at a common table.  It didn’t take but two meetings for the realization to set in that NAMRC needed to include all forms of motorized trail use.  That’s the key to the future.  All of is working together, getting the most out of our individual and group efforts.

Many folks have contributed to the initiation of this Council.  Leadership from the East Coast Four Wheel Drive Association suggested a similar 4wd council years ago.  I started the Land Use Network (LUN) as an email version of this very same idea back in 1994.  Leaders from national snowmobile groups have kicked around this idea in the last year.  So we’re all saying the same thing.  Let’s get together a few times a year and unify our efforts.  Rest assured, this group, NAMRC, steals no members from any organization.  It is merely a collection of leaders of already existing groups.  And the activist’s activities that we do STILL take place within our parent organizations.

At the last meeting of NAMRC in Las Vegas on Nov. 4th, 1998, it was resolved to include leadership from all forms of motorized recreation on our council. As of now, we’re inviting many new groups, from all forms of motorized trail use, to join our group.  If your organization would like to participate in NAMRC (2 meetings a year), then contact me or any of our supporting participants.

Tom Crimmins and myself are the NAMRC facilitators for the meetings.  We make sure notes are taken and the group stays on track with the meeting.  It’s a very productive gathering.    I take a little personal pride in the fact that it was through the LUN (neutral, no dues, non member stealing group that it is) that I was able to get all the major four-wheel drive leaders to the first meeting in Vegas back in November 1997.  Back then we called it the Meeting of the Minds (MOM).    It took the help of a lot of folks networking on the phone and email to get us started, but once we hit the ground, we hit it running. 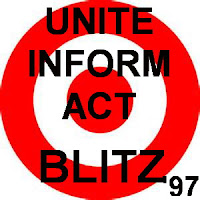 NAMRC has now taken its place in the world of trail use coordination/cooperation.  Leaders from all sorts of groups will be involved and helping to build an Action Plan to take back to our parent organizations to fight to keep public lands available and open to the public.   Our parent organizations still have the option how much they want to be included; but the handwriting is on the wall.  We all want the same things.

Here is the adopted MISSION of NAMRC: an alliance of many organizations that accomplishes many purposes to include: facilitate communications; share information, expertise and resources to enhance unity; and help the organized motorized recreation community and other interested groups become more effective in their efforts to maintain, improve and expand opportunities and experiences in our many forms of recreation.

The future is now.  Please offer the support of your organization/interest to ensure the success of NAMRC.  We can make a difference.   Can you imagine the strength of all motorized recreation groups banding together to unite our battles against those who oppose our form of recreation?  Stand by radical protectionists, there’s a new kid on the block with a big (and effective) mouth!!

Feel free to write or email if you have any questions or concerns.

We later, as a group, established this foundation:

PURPOSE: The NAMRC group proclaimed the strengths and resources of NAMRC to be:

·         Sharing of Newsletters and information

·         Ability to collaborate and do fund-raising events

ASK BUSINESSES TO HELP US SAVE TRAILS IN 2016